Who Is The Dandy Man? The Congo Subculture Uncovered - Messy Nessy Chic

Who Is The Dandy Man? The Congo Subculture Uncovered - Messy Nessy Chic

Modern Man is Afraid of Dandyism. Except for a few…

When you think of silk handkerchiefs, pink corduroys, tweed and double-breasted tailoring, would you associate such a style of dress with some of the poorest slums of Africa? 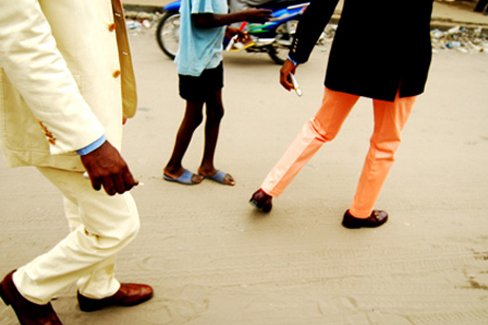 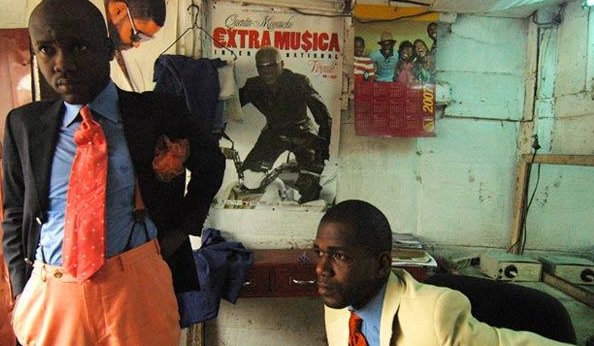 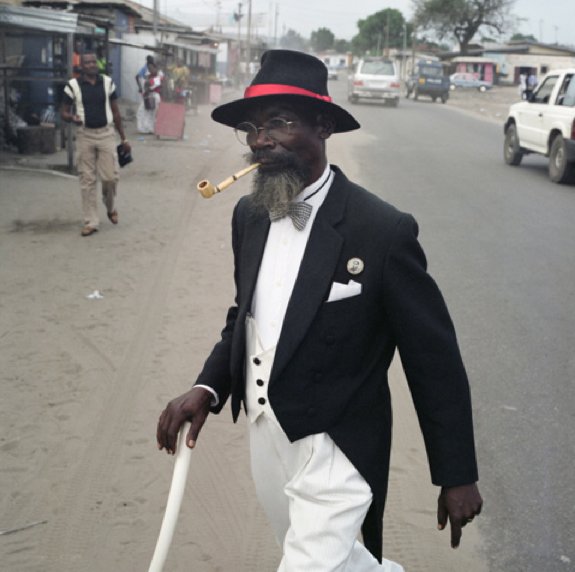 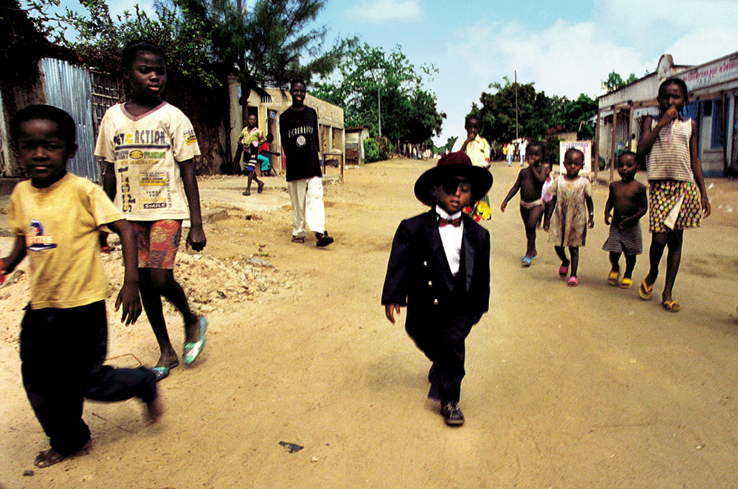 What you’re looking at is the phenomenon of Sapeurs, a subculture of extraordinarily dressed dandies from the Congo. In the midst of their war-torn slums, these men dress in tailored suits, elegantly smoke on their pipes and stroll the impoverished streets in immaculate footwear.

Dandyism or sapologie in this case, is not a fashion trend. In some of the farthest corners of the earth where true dandyism exists, it serves as something closer to a religion; a code of living. 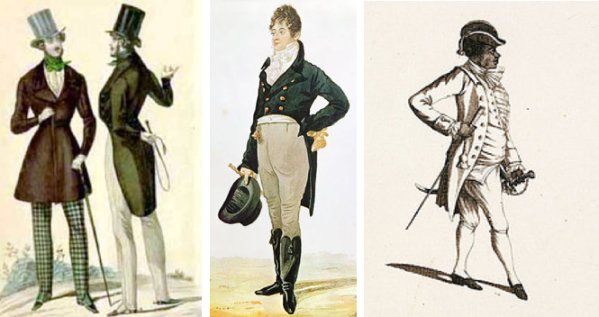 Historically, especially in late 18th- and early 19th-century Britain, a dandy, who was self-made, often strove to imitate an aristocratic lifestyle despite coming from a middle-class background.

Records of African dandy men go back as far as the 18th century when slaves were given extravagant and elegant costumes by their European masters to effectively ‘fit in’ with their luxurious surroundings. By the time the slave trade was abolished, liberated Africans had already begun to create their own unique dandy style, in some cases, doing it better than the Europeans had ever done it.

The little-known subculture of the Congo Sapeurs comes from la SAPE, short for Société des Ambianceurs et des Personnes Élégantes, or the Society of Tastemakers and Elegant People. The first ‘icon’ or ‘Grand Sapeur’ was André Matsoua, an influential Congolese religious and political figure who in 1922, returned from Paris, to the amazement of his traditional African countrymen, dressed entirely in elegant French clothing. 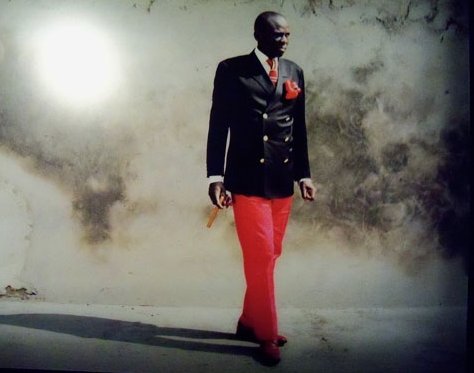 SAPE as the Congolese (and now you) know it, was not officially born until an emerging pop star in the late 1960s sparked somewhat of a style revolution. Papa Wemba, known as La Pape* de la Sape (pope of Sape) had an incurable fever for French fashion after multiple trips to Paris for his gigs. Under the strict Mobutu regime, freshly liberated from Belgium, any association with Western culture  in Congo was severely frowned upon. Papa Wemba’s defiance became a symbolic gesture in the midst of economic deprivation and political dictatorship. Papa Wemba even established his own village that upheld a set of moral codes with emphasis on high standards of personal cleanliness, hygiene and smart dress among Congolese youths regardless of societal differences. 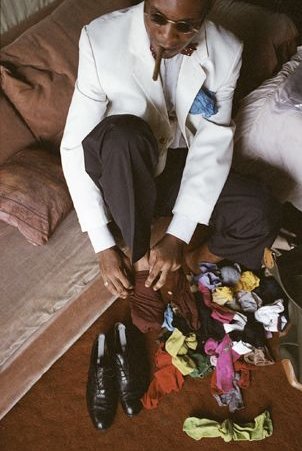 A sapeur must have sartorial know-how. Socks should be a certain height, a maximum of three colors can be used in one outfit and an attention to detail is required, such as leaving the bottom cuff button of a suit jacket undone (tell-tale difference between an off-the-rack suit and a tailored one is buttonholes that you can actually undo). They consider their style as an art form– the art of being a gentleman. Of course many books will tell you being a gentleman is not just about being a sharp dresser, it is also about impeccable manners. 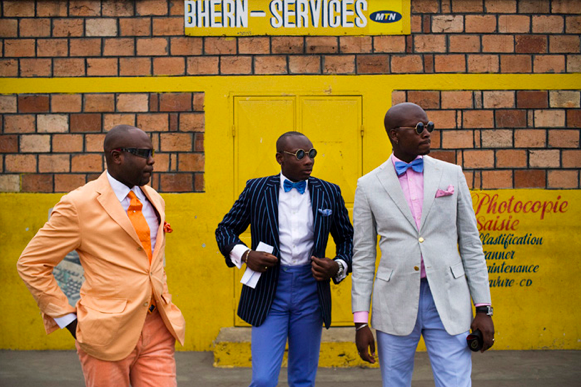 Despite most having witnessed first-hand the brutality and horror of three civil wars, a sapeur is known as a non-violent person, respectful and considerate towards others. One of their mottos include, “Let’s drop the weapons, let us work and dress elegantly”. Most are Catholic and attend church regularly. A drug habit does not an elegant lifestyle make; sapeurs observe a drug-free, generally conservative existence.

What’s Wrong With this Picture? 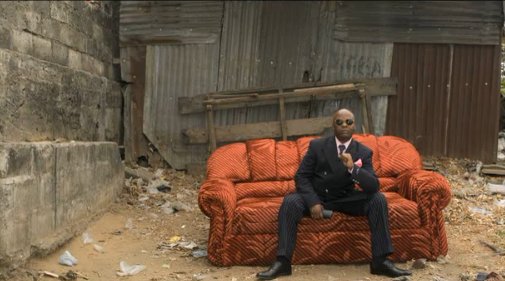 I know you’ve been thinking it– here comes the reality. In the Democratic Republic of the Congo, the average annual income is about US$100, among the lowest in the world, according to the World Bank. In case you were wondering whether there might be a very reasonably priced tailor living somewhere in the area, you should know that a sapeur is likely to spend as much on an imported Italian-made suit jacket as he is on a house in the Congo’s capital Kinshasa.

I read about one Congolese sapeur who worked eight months at his part-time job just to earn enough for a single outfit, one of 30 he owns, so he never has to be seen wearing the same outfit twice in one month. The reality of his situation is very inconsistent with the image he likes to project. He leaves his ex-girlfriend to support their 5-year-old son and still lives with his parents in a tiny room with a mattress. 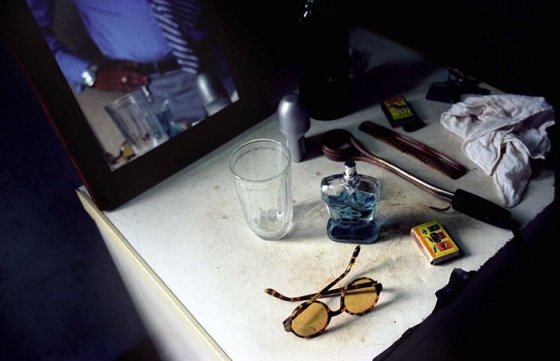 Over twenty-five years after La Sape was born, the movement is morphing more and more into a craze for expensive French and Italian designer labels. Many of today’s younger followers of SAPE wear color-blinding outfits that costs upwards of $10,000 and attend weekly ‘throw downs’, competing to see who’s wearing the most expensive designer labels. They also happen to barely make a living out of the rubble that remains in their war-torn hometowns. 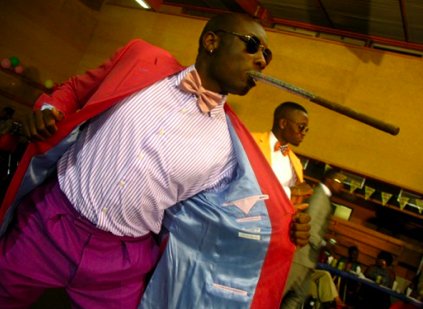 Before visas became difficult to get, some would travel to Europe to buy clothing to sell back home. Some rely on Congolese shoplifting gangs in Brussels and Paris to send them the latest designer suits,  many have spent time in jail and some simply piece together outfits by borrowing. The Sapeurs dream of making it to Paris– what they see as the ‘promise land’ of haute ‘sapeurism’. Even Papa Wembe ended up in jail for attempting to smuggle two-hundred illegal immigrants into France, attempting to pass them off them as members of his band. Those that do make it to Paris mostly end up in the ghettos, far removed from their ‘Parisian dream’, washing dishes or in some extreme cases, selling themselves into male prostitution. 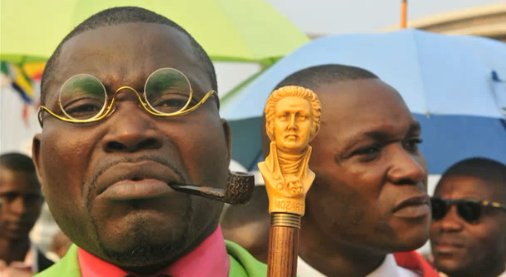 It would appear, never was there a more appropriate context for the expression, ‘fashion victim’. Older members of the SAPE have expressed regret for the example they have set for the younger generations, admitting ‘it was like a drug’.

But is it all that different from some of the extremities of our own fashion industry of the modern western world? 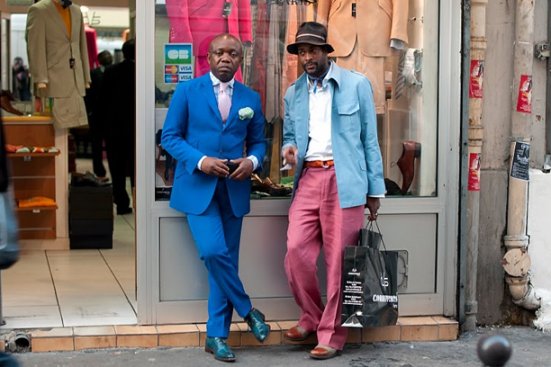 Jocelyn Armel (pictured above left), is a Congolese sapeur fighting to improve the movement’s reputation. Today he lives in Paris where he owns a fashion boutique selling the dandy style clothing. He says La SAPE’s goal is “to celebrate good fashion sense and an ideal of ‘gentlemanly’ behavior. We as Africans need to believe in Africa again, we need to believe that something good can come out of the continent and its people,” he said.

The ongoing conflict in the Congo has killed, so far, 5.4 million people, and made hundreds of thousands of residents of Brazzaville and Kinshasa (the birthplaces of la Sape) into refugees. People in the Republic of the Congo, have a life expectancy of just 53 years and in the Democratic Republic of the Congo, it’s even lower at 47. 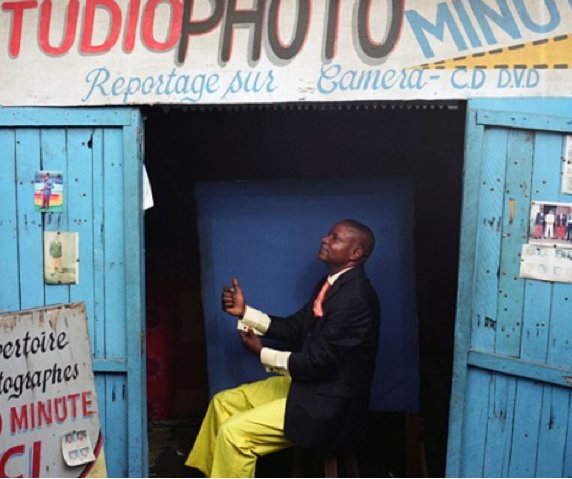 Perhaps when (if) normality can be restored in this post-war environment, only then can the true values of La Sape exist without a dark side. “There can only be Sape when there is peace” says photographer Héctor Mediavilla Sabaté, who has been studying and photographing Sapeurs since 2003.

While the subculture has largely been ignored by the world’s fashion press (most likely due to its ‘black market’ overtones) some have taken notice. The New York Times‘ The Moment blog reviewed the photobook by Daniele Tamagni documenting the phenomenon (Gentlemen Of Bakongo Book: The Dandies Of Sub-Saharan Africa)

“What makes these images so compelling is the way they stand out among such scenes of abject poverty — they pose in their Sunday best in weed-filled lots and peacock through the streets crowded with trash and half-dressed children… [their] elegance and pride brings a nice dose of optimism to the region.” 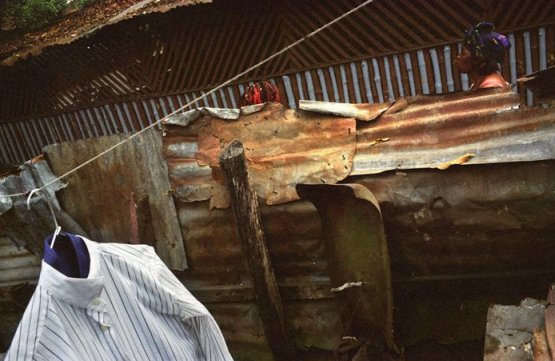 It is something to consider, the unimaginable feat and required dedication of maintaining a wardrobe of bespoke suits, evening shirts, accessories, jewelry and leather dress shoes in such an environment. Would it be ridiculous/ insensitive/ ignorant to assume they have a dry cleaners anywhere?

Iconic ‘dandy’ designer, Paul Smith wrote in the introduction of the photobook by Daniele Tamagni:

It is incredible enough today to see men dressed so elegantly in capital cities like Paris or London, let alone in the Congo. Their attention to detail, their use of colour, all set against the environment they live in, is just fantastic.

Solange Knowles (Beyonce’s little sis) has made a new music video featuring some wonderful shots of Les Sapeurs! Check it out here:

While we can’t fully embrace the movement without acknowledging its sinister footnotes, I can’t help but consider these images as an unlikely inspiration of style and self-expression. I think I am not alone…

Is it possible these trend setters for the urban gentleman might have taken a few style notes from les Sapeurs? 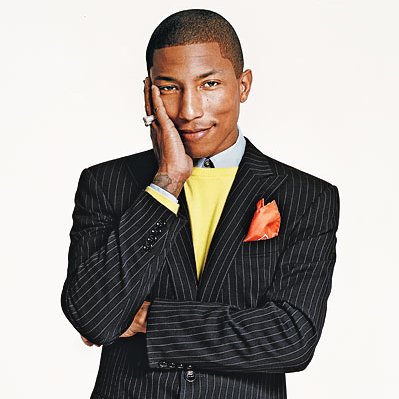 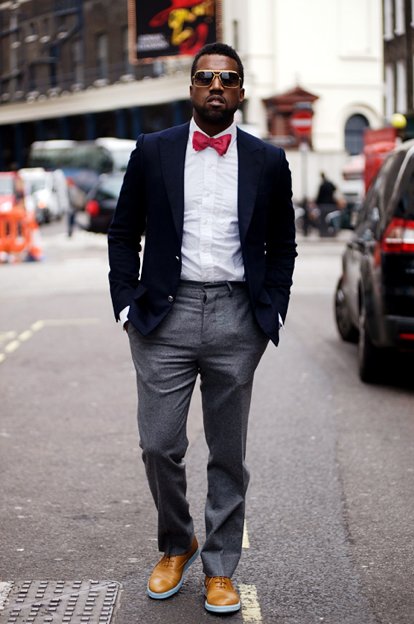 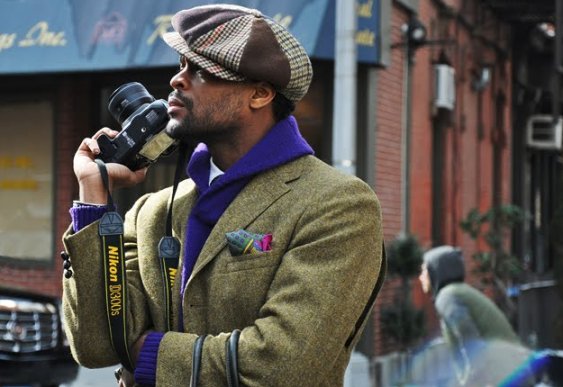 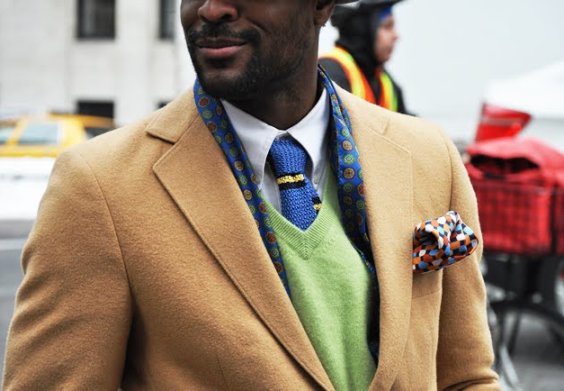 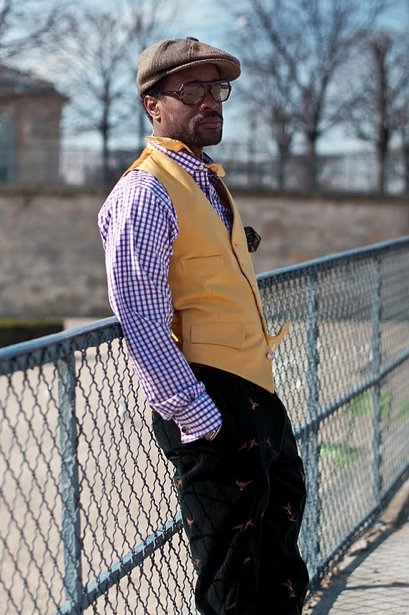 Nearly finished! (thanks for reading this far)

As much as I would like to try, it would be wrong of me to make up my own rules of ‘Gentleman’s Do’s and Don’ts’– this can only really come from a gentleman of experience and having read Mr. Guerre’s blog (swagger360.blogspot.com), I would like to present to you some of the things on his list… (along with various images I’ve found around the web)

A Dandy Gentleman’s Guide to Dressing

- A BESPOKE SUIT ( if you can’t do bespoke, bring your off the rack suit to a good tailor.) 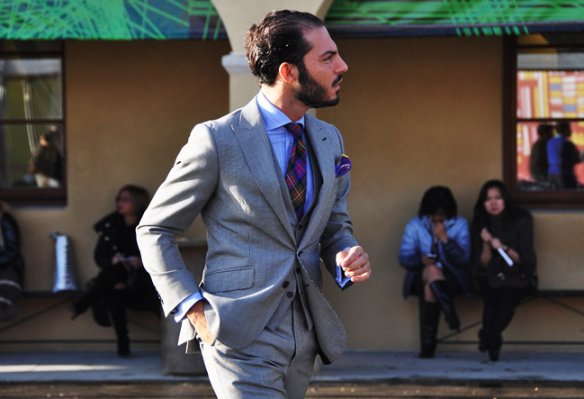 A pair of DRESS SHOES (1 black, 1 brown…. Gym shoes ARE NOT dress shoes no matter how much they cost.) 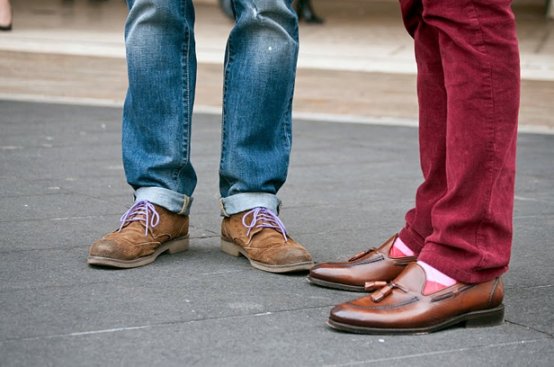 - A POWER WATCH (nothing speaks as loudly of a man as his watch…except everything else on this list.)

*MessyNessy side note: Power watch does not mean a money watch. You can find beautiful watches by unlikely brands for a fraction of the price. 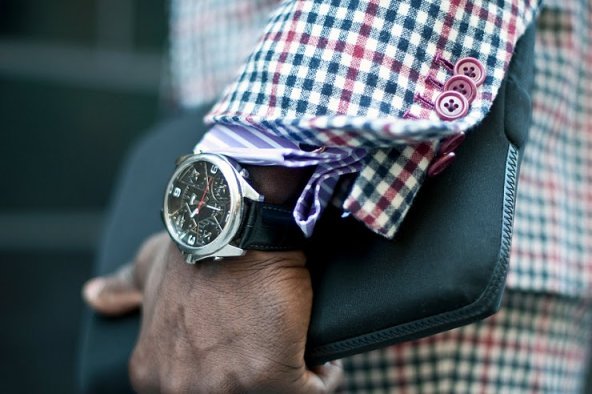 p.s. Note the bottom cuff buttons are left undone to indicate the workmanship of the suit– très SAPE. 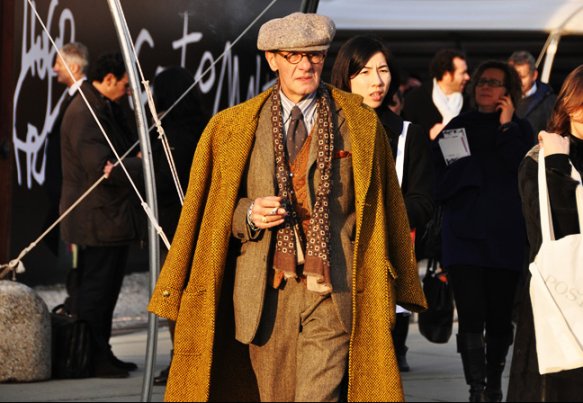 - A TOP COAT (Nothing looks more ridiculous than a man in a suit and bubble or leather coat.) 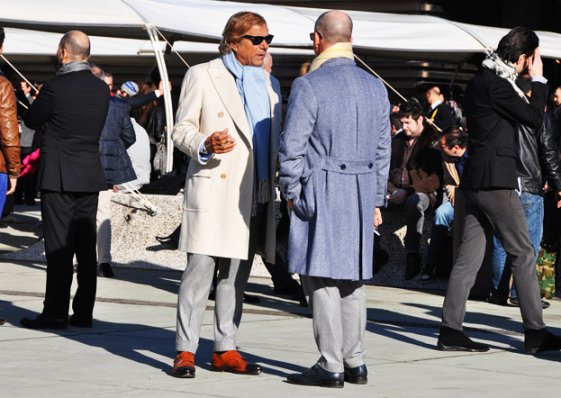 - A CARRYING BAG (Leave the back pack for the 23 and under crowd.)

- Never wear a suit or coat with the tag on the sleeve indicating designer or fabric. 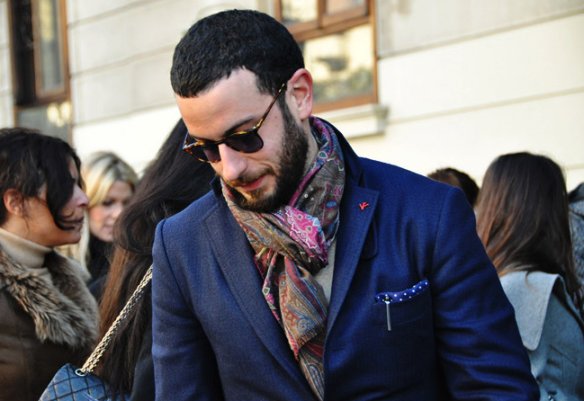 - Never wear suspenders and a belt. 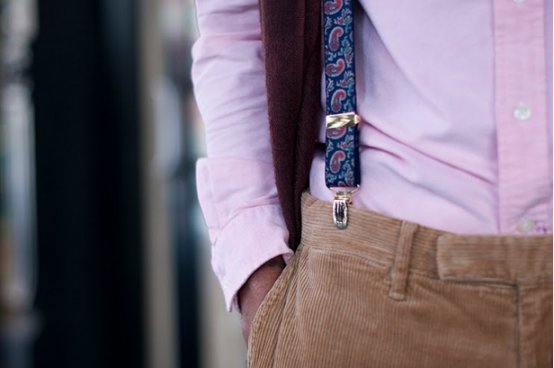 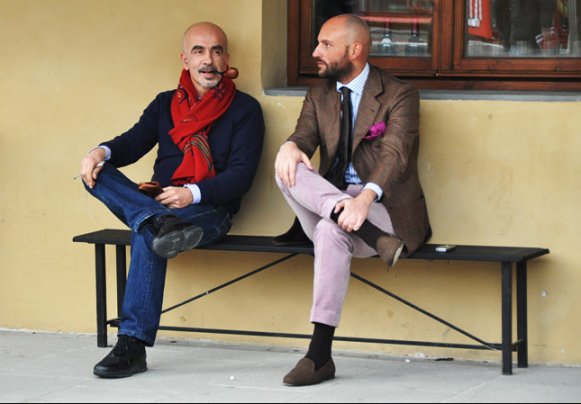 and before you go…

Remember there is a big difference between style and fashion. Fashion is what you buy, style is self expression and how you live.

Roger Stone is primarily known as a Political Consultant but he also serves as the Men’s Fashion Correspondent for The Daily Caller. Included in Esquire’s “Best Dressed” list in 2001, Stone has written about men’s style and fashion since 1989. Since 2005, Stone has adopted the tradition of the late Mr. Blackwell, a syndicated columnist [...] ... Read More »

Connect with us on the following social media platforms.